You're using an Ad-Blocker.
BeforeItsNews only exists through ads.
We ask all patriots who appreciate the evil we expose and want to help us savage the NWO with more Truth to disable your ad-blocker on our site only so we can grow and expose more evil!
Funding gives us more weapons! Thank you patriots! Oh and If you disable the Ad-blocker - on your deathbed you will receive total consciousness. So you got that going for you...which is nice!
Disable
Dismiss
BeforeItsNews Announcements
Step 1: Get the Telegram App & Get Stories Direct to Your Phone or Computer Without Censorship! Get the Telegram App in the App Store or at
https://telegram.org/

% of readers think this story is Fact. Add your two cents.

The New World Order of the Knights of the Garter

The Last Leg of the March to Tyranny


The Most Noble Order of the Garter

Extra Special this year perhaps as the Queen double-booked her calendar last year and the 2017 Order of the Garter cermony for the MOST PRESTIGIOUS British Order of Chivalry had to be cancelled?!

As Garter Day is nearly upon us I thought it may be worth asking you to look into the history and background of this most prestigious Order of Chivalry from a slightly different perspective.

What does ‘it’ refer to and why the ‘Garter’ reference?

Enigmatically, the motto is also associated with the following:

Fig 5: Coat of Arms of the Elector of Saxony in Stolpen, Germany – over the entrance to the Electoral Amtshaus [13]

Chapter 2 – The Origins of the Order

At the time of its foundation, the Order consisted of King Edward III, together with 25 Founder Knights, listed in ascending order of stall number in St George’s Chapel:-

They are all depicted in individual portraits in the Bruges Garter Book made c. 1431, and now in the British Library.

Note the Double Headed Eagle – a symbol of the Holy Roman Empire.

Fig 15: John Churchill, 1st Duke of Marlborough atop the Column of Victory at Blenheim Palace, Woodstock, Oxford dressed as a Roman General, eagles at his feet and a Winged Victory in his hand (monument completed 1730)

John Churchill (1650 – 1722), 1st Duke of Marlborough, 1st Prince of Mindelheim, 1st Count of Nellenburg, Prince of the Holy Roman Empire, Knight of the Order of the Garter, PC.

Note the Double Headed Eagle again – a symbol of the Holy Roman Empire.

Past Knights of the Order of the Garter also included the following Holy Roman Emperors! [6][7]:

However, since the Order’s inception in 1348 there are a surprising number of apparently ‘FOREIGN’ members?

Of the thousand or so (~1011) Knights appointed to the Order of the Garter from 1348 to 2018 [7] the following are suggested as ‘NON-BRITISH’ from the author’s perspective:

Dates shown are of nomination or installation to the Order.

(Later Frederick I, King in Prussia)

(Later Duke of York and Albany)

(Later William I, King of the Netherlands)

(Later Léopold I, King of the Belgians)

(Later Nicholas II, Emperor and Autocrat of all the Russias)

(also Duke of Saxe-Coburg and Gotha)

Various legends account for the origin of the Order. The most popular involves the “Countess of Salisbury”, whose garter is said to have slipped from her leg while she was dancing at a court ball at Calais. When the surrounding courtiers sniggered, the king picked it up and returned it to her, exclaiming,

(“Shame on him who thinks ill of it!”), the phrase that has become the motto of the Order.

According to another legend, King Richard I was inspired in the 12th century by St George the Martyr while fighting in the Crusades to tie garters around the legs of his knights, who subsequently won the battle. King Edward supposedly recalled the event in the 14th century when he founded the Order.

For what its worth, both of the above explanations are quite ‘lame’ for such a prestigious Order of Knights (in the author’s opinion).

The ‘Order of the Garter’ associated with the ‘Leg of Italy’

Giuseppe Garibaldi (1807 – 1882) was an Italian general, politician, nationalist and Freemason.

Figs 21 and 22: Coat of Arms on Display at Chirk Castle, North Wales and a Cloister Roof Boss at Christ Church College, Oxford

Figs 23 and 24: Coats of Arms at the Main Gate for Hawarden Castle, North Wales, former residence of Sir William Gladstone (1925 – 2018), 7th Baronet, Knight of the Order of the Garter

Chapter 5 – The Duke of Wellington

Knight of the Garter (KG)

Arthur Wellesley, 1st Duke of Wellington, KG, GCB, GCH, PC, FRS (1 May 1769 – 14 September 1852), was an Anglo-Irish soldier and statesman who was one of the leading military and political figures of 19th-century Britain, serving twice as Prime Minister. His defeat of Napoleon at the Battle of Waterloo in 1815 puts him in the first rank of Britain’s military heroes.

An interesting side note is that Arthur Wellesley had strong connections with Freemasonry – both his father and his brother served as Masters and they both became Grand Masters of the Grand Lodge of Ireland. [9]

Arthur Wellesley was created Marquis of Wellington on 18 August 1812 and was appointed Knight of the Order of the Garter on 4th March 1813. [10]

Fig 28: Caricature of the Duke of Wellington as a Wellington Boot (circa 1830)

Is this a humorous association of the ‘Order of the Garter’ with the ‘Leg of Italy’ for those in the cognoscenti?

Everyone knows that standing on one leg can be a little unbalanced but what if stabilizers are added.

Fig 29: Flag of Sicily – the Triskelion is an ancient symbol of Sicily

Fig 31: Note the proximity of Sicily to Italy

Fig 32: Coat of arms of the city of Füssen, Bavaria, Germany

Füssen was settled in Roman times, on the Via Claudia Augusta, a road that leads southwards to northern Italy and northwards to Augusta Vindelicum (today’s Augsburg), the former regional capital of the Roman province Raetia.

In late antiquity, Füssen was the home of a part of the Legio III Italica, which was stationed there to guard the important trade route over the Alps.

Legio Tertia Italica (“Italian Third Legion”) was a legion of the Imperial Roman army founded in AD 165 by the emperor Marcus Aurelius (r. 161-80), for his campaign against the Marcomanni tribe. The cognomen Italica suggests that the legion’s original recruits were mainly drawn from Italy. The legion was still active in Raetia and other provinces in the early 5th century (Notitia Dignitatum, dated ca. 420 AD for Western Roman Empire entries). [14]

Then there is the symbol for the Isle of Man – the difference being that the legs are now armoured.

The motto is ‘Quocunque Jeceris Stabit’, which is Latin and means: “whichever way you shall have thrown [it], it shall stand”

The Manx triskelion is known in the Manx language as tre cassyn “the three legs”. The symbol has been associated with the island since at least the 13th century. [11][12]

Sir John Stanley I, KG (c. 1350–1414) was Lord Lieutenant of Ireland and titular King of Mann, the first of that name. The Stanley family later became the Earls of Derby and remained prominent in English history into modern times.

The author also came across the Triskelion on a monument in an old Scottish town on the River Tay – Dunkeld (once the capital of Scotland!).

The monument features both the ‘Compass and Squares’ of the Freemasons and the Triskelion?

Figures 35 and 36: Dunkeld Monument, Scotland featuring both the Compass and Squares of the Freemasons and the Triskelion

Fig 37: Dunkeld Monument, Scotland featuring both the Compass and Squares of the Freemasons and the Triskelion

Dunkeld is located approximately 14 miles NNW of Perth in Scotland.

Modern Perth is situated 3km downstream (on the River Tay) of the original Roman fort of Bertha. Bertha/Perth was the limit of the Roman Empire in Britain; the Romans never defeated the Picts at Scone (pronounced Scoon), the ancient capital of Scotland, only two miles north of Perth.

Could the armoured legs of the Triskelion be stabilisers for the ‘Leg of Italy’ and the Holy Roman Empire?

Signs include the Order of the Garter, the Triskelion, the Cross of St George and the Double Headed Eagle of the Holy Roman Empire.

Is the ‘Leg of Italy’ and the ‘Order of the Garter’ connected to anything else?

Is the ‘New World Order’ the Holy Roman Empire Re-Incarnated?

Fig 43: Sir Rolf Harris with his Portrait of the Queen

Was Rolf Harris referring to the Triskelion when he sang about ‘Jake the Peg with the Extra Leg’?

Fig 44: Record Cover for ‘Jake the Peg’ (with the Extra Leg) by Rolf Harris

On a similar theme, was Rolf referring to the Knights Templars when he sang about ‘Two Little Boys’?

Fig 45: One of the Logo’s associated with the Knight’s Templar

Other Articles in this Series

An alternative interpretation of the classic Hans Christian Andersen tale.

The origins of Olde English and Welsh pub names from the 17th century onwards.

PDF versions of these books available for download from:

Join our affiliate program and earn extra money by sharing with friends and family or by posting on your social media.

Get our Free Ebook, "Suppressed Health Secrets"  with  Natural Cures THEY don't want you to know!

“Pandemic Proportions”: COVID-19 Is Starting To Spiral Out Of Control All Over The Globe 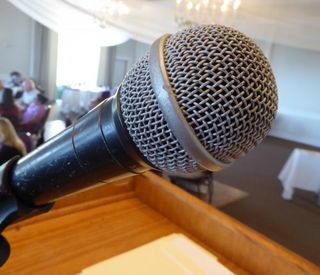 You won’t believe the bills passing in Virginia 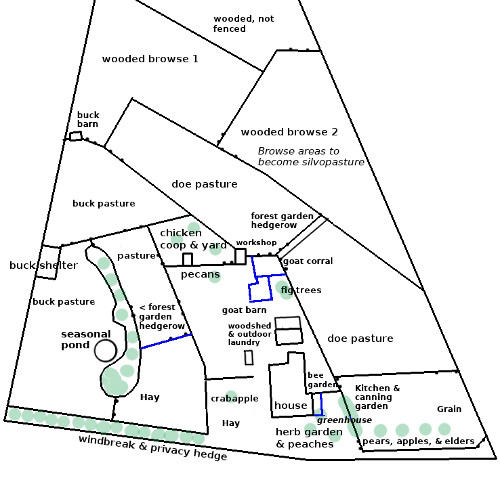 COVID-19 – Coronavirus – what you need to know

Why Do We All Hear About UFO Sightings in the News? 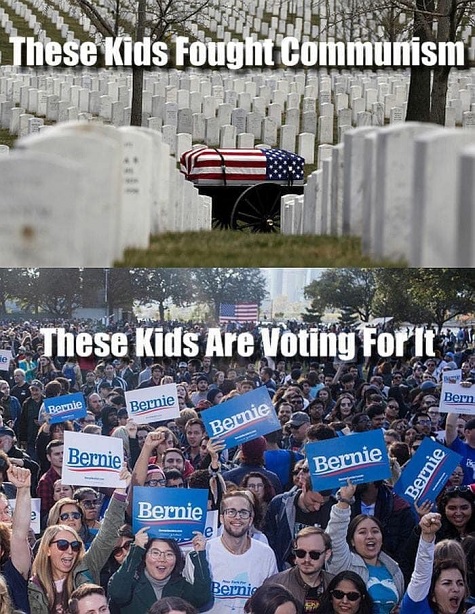 The times they are changin' 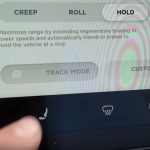 Schools Across US Find More Success With Yoga, Mindfulness Classes Than Detention, Punishment 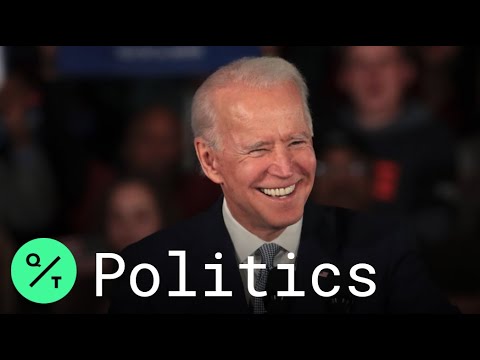 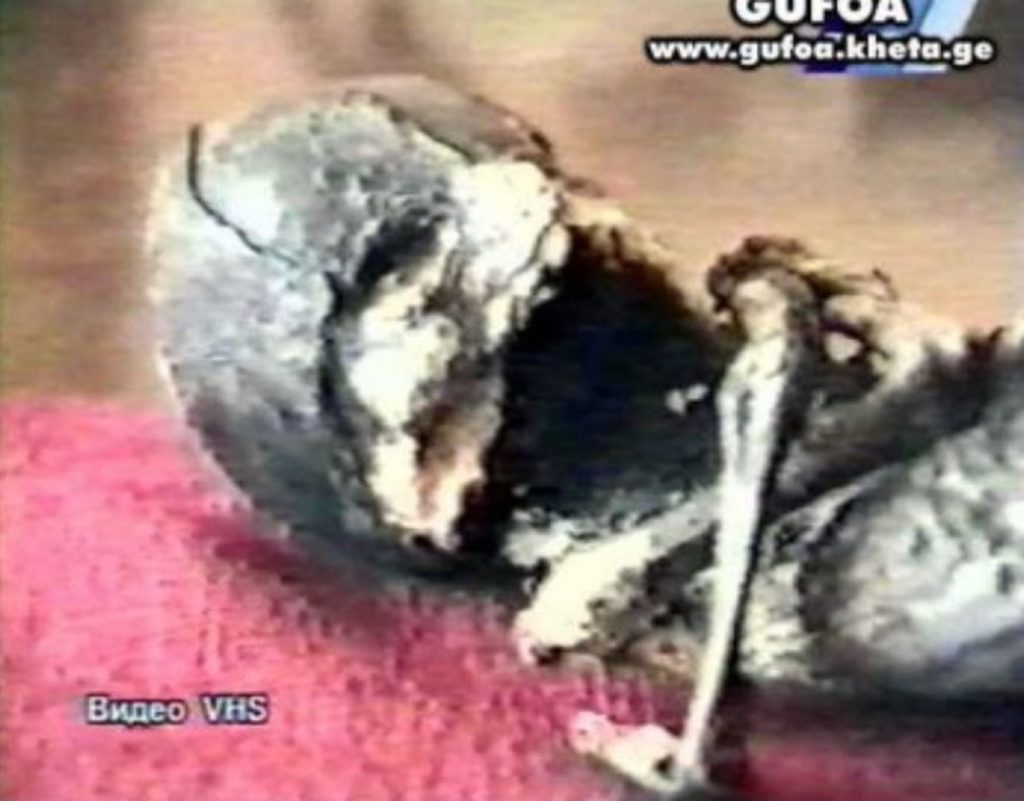 Alien Body Held By The Kgb In Russia
Loading...

If you really want to ban this commenter, please write down the reason:

If you really want to disable all recommended stories, click on OK button. After that, you will be redirect to your options page.